I often post articles on LinkedIn with a lead in: “If you only have time to read one thing today, this is it.” I started to post this article, “How knitters got knotted in a purity spiral: A process of moral outbidding is corroding small communities from within” this morning, but realize I have more to say on this topic.

The article was posted by one of my most trusted friends, and former bridesmaids, on her private Facebook feed, along with her concerns and fears. She has her own company, which is growing and exposing her to bigger and bigger communities. Sharing, liking the wrong thing could, in an instant, destroy her and all she has worked for in her life, not to mention the people who have invested their money in her company and her employees.

This post is about the current “purity spiral” that has taken hold not just in the U.S., but around the world.

So take a deep breath and come along with me. You’re going to have to connect the dots between a knitting community and the legal industry. But look around you, we’re seeing this purity test phenomenon, along with the inability to dissent, all around us.

On TV. On Twitter. Every day. I’m listening to it on CNN right now. Gayle King is currently facing a purity spiral resulting from an interview she conducted, and has taken taken her case to Instagram (read the comments there and on Twitter).

Dissent, a principle on which our country was founded, has also become taboo, and in many cases, dangerous to your career and livelihood. The NY Times is now reporting that the White House is ending the ABA’s vetting of judges. I’m sure I will get blasted by some for this post, and others will quietly agree with me in the shadows.  And that’s a whole other problem (see graphic at the end).

So what is a “purity spiral”?

From the above linked article:

In my new BBC Radio 4 documentary I wanted to join the psychological dots between history’s pinnacle nightmares and what happens at the end of your road. I decided to call both the phenomenon and the documentary, “The Purity Spiral”. A purity spiral occurs when a community becomes fixated on implementing a single value that has no upper limit, and no single agreed interpretation. The result is a moral feeding frenzy.

But while a purity spiral often concerns morality, it is not about morality. It’s about purity — a very different concept. Morality doesn’t need to exist with reference to anything other than itself. Purity, on the other hand, is an inherently relative value — the game is always one of purer-than-thou.

Until this article, I had never heard the term “purity spiral” or “moral feeding frenzy,” but no one has to explain to me how it works. Just take on a new client who is not popular–e.g., Harvey Weinstein, BP, or anyone involved in the recent impeachment hearings, which includes my firm–and see what happens when the news leaks out on social media, or, worse yet, ends up on the homepage of the Drudge Report. Follow the hashtags and read the comments; It’s often times not too pretty.

What about unpopular clients or positions?

When taking on an unpopular client or position, it’s no longer enough for the masses to say, “Hey, everyone deserves a defense.” I have read opinions in articles, and in the comments of said articles, that basically say, “As a private practice attorney you have the choice of who you represent,” especially in civil matters. So by taking on a client who is not popular, you are deserving of the purity spiral and moral feeding frenzy that might follow.

The law, like life, is not an absolute, even on civil matters. Add in the “gotcha” of 2020 hindsight or changes in popular opinion on a subject matter, yeah, I’d be scared too.

I will confess, one of the reasons my writing has slowed down is fear. Am I going to write something that will spiral out of control? Will someone disagree with me and rather that pick up the phone and call me will call my boss? Remember how excited you were when something your wrote or posted went viral? Yeah, not any more.

Most law firms and lawyers out there (Note: I did not say all) take on unpopular clients and positions now and again. And that puts lawyers and law firms in a risky position (Note: lawyers are amongst the most risk adverse and lacking in resilience when compared to other cohorts in our population).

I am not advocating lawyers or law firms stop representing a client or industry, or taking on unpopular subject matters. I’m arguing the exact opposite. As an industry we must do so, popular or not, as it falls on the shoulders of lawyers and law firms to change the world (hello Thurgood Marshall, Charles Langford, RBG, Al Gerhardstein, and my college professor, Peter Irons).

So what do we do?

We can’t give in to the bullies out there. They are loud, but they are rarely in the majority.

I say this to everyone … not just my bosses, but you.

We are not in the best place as a country, and as an industry, legal is in the middle of it. We will take on unpopular clients, and positions, because the country is split in two about what is unpopular.

Don’t read the comments. As someone who spends a lot of time on social media, just ignore the hashtag responses. No one knows who is real, who is a troll, who is a bot, who is a foreign operative.

Be kind. Pause, pause, pause before jumping on that purity spiral. And curb your moral feeding frenzy.

Assume right motives. I picked this up along the way in my life and it helps out a lot. It might not always be true, but it keeps my head sane if I can assume that your motives are right.

Never silence your voice. It is so easy to allow fear to win. Yet in not speaking up, the singular “I” does not win … “we” as a society lose. 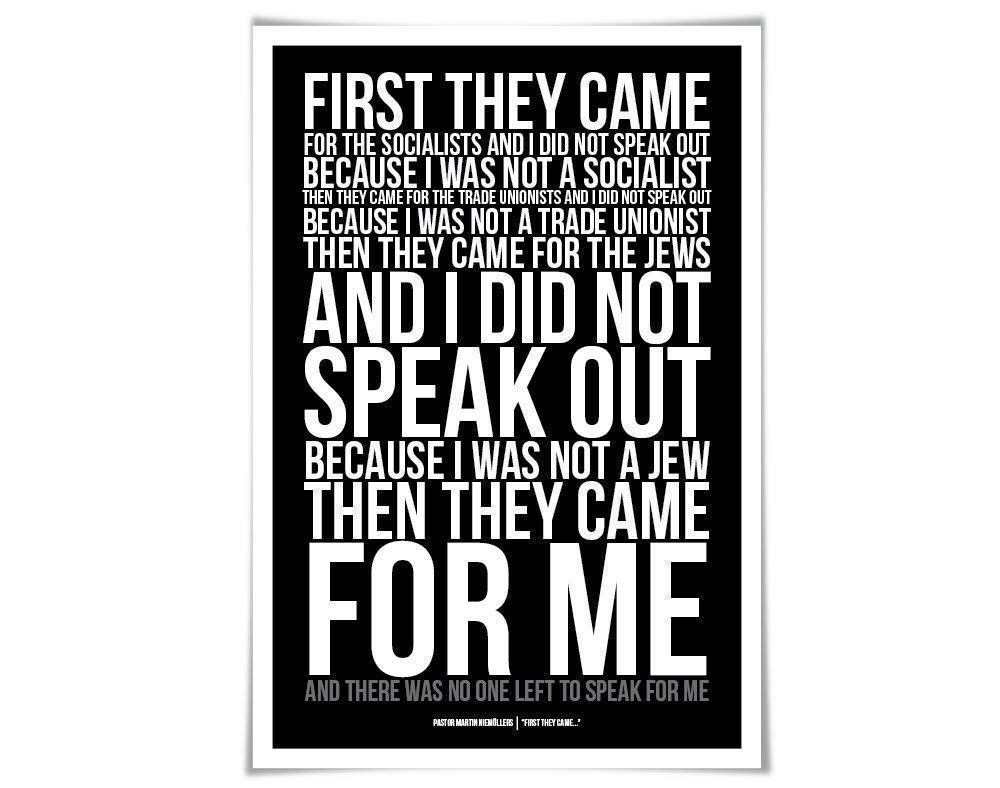